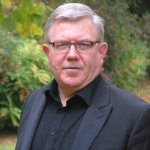 Born in Swindon, Malcolm studied flute with Wilfred Smith (Principal Flute-Covent Garden Orchestra) and enjoys a busy and varied schedule of both playing and conducting.
Malcolm relishes working with the Orchestra and makes the most of its flexibility and willingness to take on a range of familiar and not so familiar works including Roussel’s 1st symphony, Rautavaara’s 7th symphony, the 1st symphony of Josef Suk and Bruch’s 3rd Symphony.  In 2016 he conducted the second ever performance of James Harpham’s Clarinet Concerto. 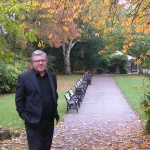 Swindon.  As musical director, Malcolm has a growing number of musical theatre credits to his name, including major productions of Crazy for You, Beauty and the Beast, Sweeney Todd and Sister Act with SALOS at the Wyvern Theatre, Swindon.  He held the post of Director of Music with the Band of the Wiltshire Constabulary for thirteen years and worked regularly with Swindon Opera for 10 years and also conducted two large productions of Bizet’s Carmen for MJ Music and Arts in Swindon and Cheltenham.  Malcolm is Musical Director for Swindon Concert Band and enjoys working with its talented musicians. 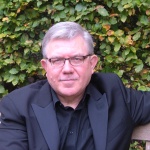 Malcolm tries hard not to neglect his own playing.  He is Principal Flute with the British Police Symphony Orchestra (BPSO), with whom he regularly tours the UK, playing in some of the country’s most prestigious venues, and with whom he has performed as a soloist.  In 2012 Malcolm conducted Elgar’s Pomp & Circumstance March No 4 in G on the BPSO CD, “Blues and Tutus” and has performed live on BBC Radio 3 with members of the BPSO.  He also plays with the North Wiltshire Orchestra, which regularly performs in Chippenham and with whom he has performed concertos by Mozart and Ibert.  He recently performed the Reinecke Flute concerto with the Asklepios Orchestra in Birmingham.